A Statement on the Organization of FIFA World Cup 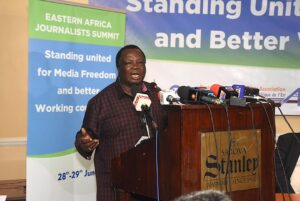 A Statement on the Organization of FIFA World Cup.

Expressing shock and disapproval of the deliberate contacts by the UAE with journalist unions in Africa. Especially in East Africa, to challenge and denigrate the organization of 2022 FIFA World Cup in Qatar.

Marking that while the journalists in East Africa struggle to maintain their independence and freedom from the interests of rogue governments that threaten their probity. Thus, there must be an external actor behind the attempts to manipulate journalists. And involve them in an issue completely outside the scope of journalists and their unions.

Stressing that in the same way that the journalists and their unions in East Africa confront and protest against their governments for interfering in the work of journalists and limiting their freedom, we must condemn and publicly challenge all foreign powers with a negative and false agenda as a matter of principle and consistency. 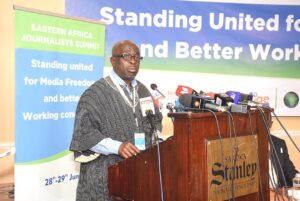 Klopp bets on Mohamed Salah in table tennis: the best most of the time and Tokyo 2020 news

What did Chiellini offer in his 16-year career with…

Laporta: Emerson is the new Dani Alves .. and he will help…