The Confederation of African Football (CAF) announced the provisional lists of nominees for the Best in Africa Awards 2022, weeks before the 2022 CAF Awards ceremony, scheduled to be held in Morocco on July 21, which will be held before the final match of the African Nations Cup for Women, which will be held in Morocco, between July 2 and 23, 2022.

Caf said in an official statement: “The ceremony is expected to witness the distribution of many awards, foremost of which is the best player and player, in addition to a new award related to the best local player, to coincide with the event the second anniversary of the CAF strategy regarding women’s football, as well as The first edition of the African Women’s Champions League was held last year in Egypt. 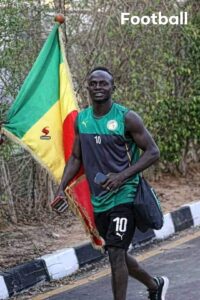 The winners will be decided based on the votes of the captains of the national teams and coaches of the member associations, journalists, the CAF technical study group, as well as the legends of African football.

The previous edition of the CAF Awards 2019 was held in Hurghada, Egypt, and the Senegalese striker, Sadio Mane, was chosen as the best player of the year at the time.

The names of the nominees for the Best in Africa Awards 2022 are as follows:

Salah is the reason and what happened is madness