English press reports revealed that Liverpool right-back Trent Alexander-Arnold is close to losing his place in the England squad for the 2022 World Cup under the leadership of national coach Gareth Southgate, as a result of the low level of the young defender in the presence of strong competition for the right-back position.

Goal.com said that after losing on penalties in the Euro 2020 final, England is under pressure to progress better in Qatar and lift the World Cup. England are in Group B along with Wales, the United States and Iran. 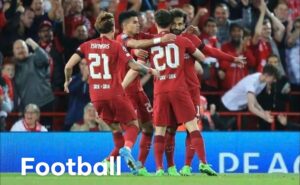 He explained that Gareth Southgate needs to get a place in his squad and there are still a number of important decisions the manager has to make before the World Cup kicks off in November, and Trent Arnold’s controversy against Chelsea right-back Reece James is a hot topic of discussion especially in recent months.

Southgate has had a plethora of high-quality options at right-back, which means the Three Lions coach must make a very difficult choice ahead of the World Cup.

Trent Alexander-Arnold’s miserable start to the season with Liverpool will do him no favors in the battle for the No. 2 shirt, especially as he has never before reached the peak of his international career.

That would likely leave Reece James and Manchester City’s Kyle Walker as the favorites for now. Southgate has spoken about James in the past, claiming he “has everything” to be a world-class player for years to come.

Aside from James, Walker cannot be ruled out, though. Has more tournament experience and shows no signs of slowing down at 32

Will Messi be crowned with the Super Ballon d’Or 2023?

President of the Spanish Federation: Europe’s file to organize the 2030 World Cup is supported by “FIFA and UEFA”