Spanish press reports revealed the latest position of Marco Asensio, the Real Madrid player, from moving to another team in the five major leagues during the current Mercato, amid expectations that he will join the ranks of AC Milan. 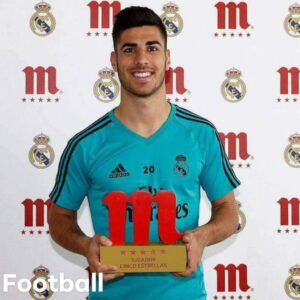 The report indicated that Real Madrid has not decided, but prefers to leave for another club if the Meringue gets an appropriate offer, for fear of the free player’s departure in the future.

And the newspaper revealed that Marco Asensio contracted a few months ago with Jorge Mendes, the players’ agent, to search for a new club with which to start a new journey in football fields.

Marco Asensio has one more season left in his contract with Real Madrid, which prompted the Real Madrid administration to try to take advantage of the player’s departure, but there is a decision that has not yet been taken regarding his fate.

While press reports revealed that there are 5 European clubs racing to join Real Madrid’s winger Marco Asensio during the next summer transfer period, after his contract is close to expiring at the end of the next season 2023, and the English newspaper “Mirror” confirmed that Tottenham, Newcastle, Juventus and Arsenal joined Milan in Italy. Contract race with Marco Asensio.

The newspaper pointed out that Real Madrid sets an amount between 25 and 30 million euros to agree to the departure of Marco Asensio, but Milan wants to reduce the amount because the player’s contract expires in the summer of 2023.

Marco Asensio, the Real Madrid winger, entered the interests of AC Milan during the next summer transfer period, after his contract was close to expiring at the end of the next season, 2023.

Arteta achieves a remarkable number in the English Premier League