Spanish reports revealed Barcelona’s management’s fears of failing to obtain 40 million euros at the end of the current season if the Atletico Madrid administration decided to limit the participation of French international Antoine Griezmann, the Rojiblancos striker. 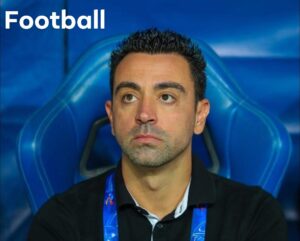 The newspaper pointed out that there are real fears that the player’s role will decline with Diego Simeone, which raises questions about the player’s future.

The newspaper pointed out that the Barcelona club management set a condition in the contract to pay the full amount of money if Griezmann participates in 50% of the matches.

Griezmann participated in 37 matches in various competitions last season with Atletico Madrid, while the number of his participations in general internationally with his country reached 108 matches.

The report stressed that the level of Griezmann’s participation last season in at least 45 minutes in 30 games, which means that he was qualified to complete the contract.

Griezmann is currently spending his second stint at Atletico Madrid after an exciting five-season stint between 2014 and 2019, with the France international scoring 133 goals in 257 appearances and becoming one of the world’s central attacking players.

The French playmaker also enjoyed a fantastic 2018 World Cup season with France in Russia, where Didier Deschamps’ side went on to win the competition, Griezmann scored in the final, and then moved on to Barcelona.

But he had a tough time at the Camp Nou, having scored just 22 goals in 74 La Liga games, which eventually saw him join Atletico Madrid two years later.

Griezmann is currently in the middle of a two-year loan spell in the Spanish capital, but he has again failed to find his best form after scoring only eight times in 36 games last season.

Real vs Barcelona.. Jaffe is the best player in the Spanish Super Cup

How to book tickets for the 2023 Spanish Super Cup final