Today, Sunday, German press reports revealed the date for Bayern Munich to present the newcomer, Senegalese Sadio Mane, who is close to contracting with him during the current summer transfers from Liverpool. 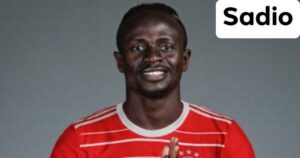 The famous German newspaper “Kicker” reported that Bayern Munich decided to introduce Sadio Mane as a new player in the Bavarian team next Wednesday.

The newspaper added that Sadio Mane will be presented at the Allianz Arena, where the first Senegalese player will appear in the Bayern Munich shirt.

And press reports had revealed that the Senegalese striker, Sadio Mane, will be in Germany next Tuesday to undergo medical examinations.

According to “Sky Sports”, Sadio Mane will be in Munich next Tuesday to conduct a medical examination, and sign the contract for a period of 3 years.

While press reports stated that Bayern Munich had settled the deal for Liverpool star Sadio Mane, after intense negotiations that took place between the two teams in recent days.

According to the “Sky Sports” network, the Bavarian team obtained Mane’s signature in the past hours, to join his ranks starting next season, and the Senegalese international signed a 3-year contract with the German champions, while Liverpool agreed to sell him for less than 40 million euros.