Ottmar Hitzfeld, the former coach of Bayern Munich, called on the Bavarian administration to leave the Polish international Robert Lewandowski to leave during the current summer transfers, amid Barcelona’s interest in including the player.

“If Lewandowski wants to leave, it does not make sense to continue with us,” Ottmar Hitzfeld said in comments highlighted by the Spanish newspaper, Mundo Deportivo. 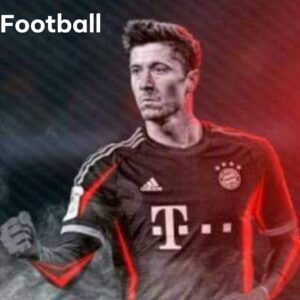 “It is not appropriate to keep a footballer in a team who has already made a clear statement about his desire to change the landscape, and how counterproductive it can be for the locker room to keep someone against their will,” the former Bayern Munich coach stressed.

Hitzfeld continued: “It was my opinion and always will be if a player wants to leave let him go.”

Bayern had rejected a second offer from Barcelona to obtain the services of Lewandowski, who has a season remaining in the Bayern ranks, worth 40 million euros, in addition to another 5 million as variables, as he insisted on obtaining 50 million euros in exchange for dispensing with the international striker, the 33-year-old. .

Barcelona had earlier made two offers to sign Lewandowski from Bayern Munich, but the Bavarian giant refused due to the poor financial compensation.

Bayern signed Senegalese striker Sadio Mane from Liverpool for 32 million euros, up to 41 million in variables, knowing that he also had a year left with the Reds.

And the newspaper “Bild” said that Bayern would not accept an amount of less than 50 million euros, to dispense with the best players in the world remaining in his one-year contract.

And the newspaper stressed that Lewandowski will not stand silent in front of Bayern’s refusal to move to the Camp Nou, by taking a strict reaction.

Son: We gave everything we had against Brazil and I’m…

Levakovic wins the award for best player in the Croatia vs.…

Brazil vs South Korea match in the 2022 World Cup

Croatia vs Japan match in the 2022 World Cup

Southgate: We did an excellent job on rebounds, and Sterling…

England defeats Senegal and qualifies to face France in the…