Former Arsenal star Campbell’s statements about Salah’s position on renewing his contract with Liverpool, Arsenal legend Kevin Campbell commented on the negotiations of the Egyptian star Mohamed Salah and the management of Liverpool Club regarding the renewal of his contract, which expires in the summer of 2023.

Campbell said in statements to the British “Football Insider” network, saying: “I do not see that Liverpool’s position is stronger than, Mohamed Salah, in those negotiations, where Mohamed Salah has all the influence and strength because he is loved by the fans, and at the same time, there is no greater player. From the club but what he did with Liverpool is fantastic.”
The Egyptian player has produced an outstanding performance for Jurgen Klopp’s side since joining from Roma in 2017, scoring 156 goals and 63 assists in 254 games which is absolutely exceptional. 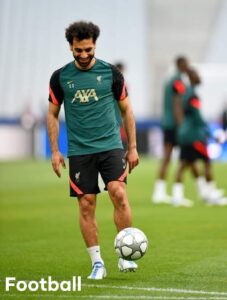 Mohamed Salah is linked to a contract with Liverpool that ends in June 2023, and the two parties have not yet reached an agreement on the renewal, but reports have emerged revealing the Reds’ plan to sell Mohamed Salah for 60 million pounds this summer, for fear of his free departure next summer.

It is expected that Mohamed Salah will return to Liverpool in the coming days, in preparation for participating in the preparatory camp for his team in preparation for the new season, despite the news of his departure in the current summer transfers.

It is expected that Mohamed Salah will play with Liverpool in the upcoming friendly matches, until he decides his final position, whether to stay in the new season or go through an experience elsewhere, specifically with Real Madrid, which is the closest to contracting with him, according to most press reports during the past days.