Chelsea agree to loan Lukaku to Inter for two seasons

Chelsea had bought the Belgian striker Romelu Lukaku from Inter Milan last summer, in a record deal worth 97.5 million pounds. 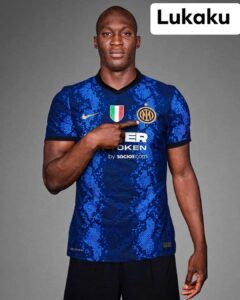 The Italian newspaper, La Gazzetta dello Sport, reported that Chelsea had made a verbal agreement with Inter Milan, according to which Romelu Lukaku would be transferred to the Nerazzurri for two seasons on loan, this summer.

And she added, that the project of Romelu Lukaku’s return to Inter Milan, may extend to the final purchase after spending two seasons on loan.

Romelu Lukaku did not succeed in imposing himself with Chelsea during the season ending 2021-2022, due to his marginalization in most matches on the bench by German coach Thomas Tuchel.

It is worth noting that Romelu Lukaku participated with Chelsea in 44 games in all competitions last season, scoring 15 goals and two assists.

Read more: The English Premier League faces a crisis in the lack of referees before the start of the new season

Senegal beats Ecuador and advances to the World Cup final