Liverpool striker Roberto Firmino leads the list of Brazilian players who score the most in the English Premier League, with 71 goals from a total of 231 matches. 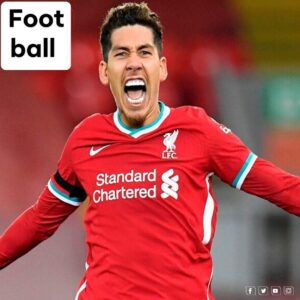 Roberto Firmino Barbosa de Oliveira is a Brazilian footballer who plays as a central attacker and also plays as an attacking midfielder for Liverpool FC in the Premier League and the Brazil national football team. After starting his career with Figuernense in 2009, he spent four and a half seasons at Hoffenheim

And here is the list of the most scoring players in the English Premier League, according to the “Transfer Market” network, which specializes in player numbers and prices, as follows:

Read more: Manchester United resolves its position on the departure of Cristiano Ronaldo

Mohamed Salah is the most selling shirt in Liverpool

Manchester United wants to get rid of Cristiano Ronaldo

Globe Soccer 2022.. Mohamed Salah is the best this year, as voted by TikTok fans