Man City vs Chelsea.. Guardiola: We will not sign new deals in the winter

Man City vs Chelsea.. Guardiola: We will not sign new deals in the winter

Manchester City coach Pep Guardiola spoke about his team’s preparations to face Chelsea, tomorrow, Wednesday, in the third round of the League Cup.

Guardiola said in the press conference before facing Chelsea in the League Cup: “We have time until tomorrow evening and we will train today with full force, this is our approach.” 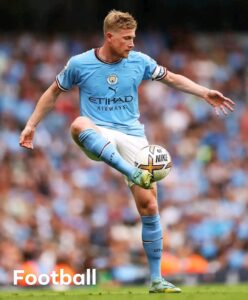 On the economic situation of Manchester City and the upcoming deals, Guardiola said: “We will not sign players in the winter.”

Regarding the draw for the Champions League final price and facing Leipzig, Guardiola said, “We have experience from last season. We suffered a lot, scored a lot of goals against them, but we received a lot as well. We lost there. We will see what happens when we reach February.”

Guardiola added: “Phillips will be with the team, but Kyle Walker is out of the list.” Phillips underwent surgery and his last match with City was against Borussia Dortmund in the second round of the Champions League group stage.

Manchester City will face Chelsea in the third round of the League Cup tomorrow, Wednesday, at ten in the evening.

Read more / Klopp on Real Madrid in the Champions League: A good and exciting draw and our numbers are not bad

Guardiola: Tottenham with Conte is a difficult opponent… This is the reason for Cancelo’s departure