Juventus: We did not present a new offer to Dybala

Juventus: We did not present a new offer to Dybala .. and we decided not to renew him since January

Maurizio Arrivabene, CEO of the Italian club Juventus, blew up a resounding surprise about the Argentine Paulo Dybala, the star of the team, stressing that Juve did not submit an offer to renew the player’s contract during the coming period.

Juventus held a meeting today with Dybala’s agent, in which the two parties reached a final agreement to leave the Argentine player at the end of the current season, ending seven years he spent with the cup champion in the last edition. 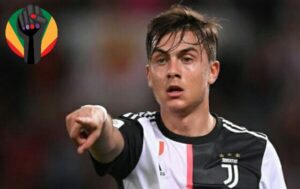 Maurizio Arrivabene told the Italian newspaper, Toto Mercato, that no one questioned Paulo Dybala’s technical ability in the stadiums, but there are many considerations, including appearance, height and financial issues, especially after the club signed Vlahovic last January.

Maurizio Arrivabene stressed: “It was easy to make a low offer to Paulo Dybala, but that would be a lack of respect for the player, so today’s meeting was friendly, clear and respectful.”

Dybala has scored 13 goals and provided six assists in 29 games across all competitions so far this season.

And the Italian “Sky” network confirmed the complete failure of the negotiations, as a meeting this morning, Monday, brought together Jorge with the Juventus administration, in the absence of President Andrea Agnelli, and Yuvi offered 6 million euros in addition to bonuses, which could make Paulo Dybala’s salary reach about 10 million.

The newspaper added, Dybala rejected the Juventus offer, and the meeting between the Argentine agents and the Bianconeri managers ended with a negative result, without reaching an agreement, and even a complete refusal on the part of the player to continue and leave at the end of the season.

Dybala’s contract expires next summer, and he can move to any club for free on a free transfer.

While the Argentine channel, TyC Sports, confirmed that Inter will hold a meeting with Paulo Dybala in the coming days.

And the newspaper asked, will we see the double of Dybala and Lautaro next season with Inter Milan, after negotiations to renew Paulo Dybala’s contract with Juventus completely collapsed.

The Argentine star is considered one of the hot files in the Italian league this season, as the contract is scheduled to expire at the end of the current season.