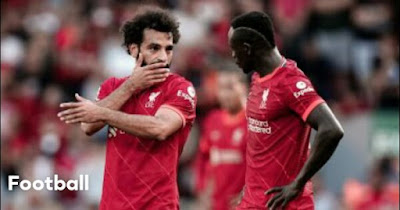 The German coach, Jurgen Klopp, has decided to enter into serious negotiations with the teams of Egypt, Senegal and Guinea.
To obtain their agreement to leave the international trio of Mohamed Salah, Sadio Mane and Naby Keita for the shortest possible period during the upcoming Africa Cup of Nations, Cameroon 2022.

According to the British newspaper “Mirror”:

In light of the strong relationship he has with the technical staff of the three teams, Klopp hopes to reach an agreement to give him more time during the African Nations events to benefit from the services of international players.

The German coach may lose the trio eight games during the activities of the African Cup of Nations, which may affect the team during its journey to survive the crowning of the English Premier League title, which it is fiercely seeking this season.

That Jurgen Klopp will start negotiations with the teams of Egypt, Senegal and Guinea Conakry, starting from the next international break scheduled for next November to reduce their stay in El Can.
The Africa Cup of Nations will be held in Cameroon from January 9 to February 6, 2022, after being postponed for a year due to the Corona virus.

That Mohamed Salah, Sadio Mane and Naby Keita may leave Liverpool on December 27, and miss 8 matches, including 6 in the English Premier League, and two matches in the FA Cup if they continue in the African Nations Cup competitions until the end of the tournament.