The English club Liverpool, the professional in its ranks, the Egyptian star Mohamed Salah, began its preparations for the new season 2022-2023, today, Monday, with the presence of 19 players at the team’s training center “AXA”.

Mohamed Salah missed the start of the Reds’ preparations for the new season, after taking a longer rest, due to playing international matches after the end of Liverpool’s campaign in last season’s competitions. 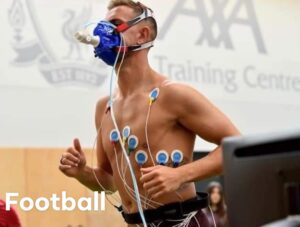 The rest of the squad’s stars will join preliminary training later in the week after their international commitments over the summer.

Liverpool will participate in 5 tournaments in the new season, which are the European Champions League, the English Premier League, the FA Cup, the League Cup, and the Charity Shield Cup.

German Jurgen Klopp leads Liverpool for the seventh consecutive season, since he took over the technical leadership of the team in the 2015-2016 season.

Liverpool will play a number of friendly matches during the month of July, where it will meet Manchester United on the 12th, and after only 3 days it will meet with Crystal Palace, then face the German team Leipzig on July 21, and play with Red Salzburg 27 of the same month, before the expected confrontation. Against Manchester City in the Community Shield Cup on July 30.

The Charity Shield match between Manchester City and Liverpool is scheduled to take place on July 30 at the King Power Stadium, the stronghold of Leicester City.

The Liverpool matches during the month of July are as follows: