Liverpool Team and coach Juergen Klopp received a defensive blow before facing Wolverhampton in the third round of the FA Cup next Saturday.

The Liverpool Echo newspaper reported that the Liverpool team will miss its Dutch defender Virgil van Dyck for up to 3 weeks due to the injury he suffered in the last Brentford match in the English Premier League. 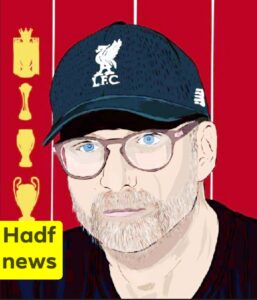 The Liverpool team lost to Brentford 1-3 in the 19th round of the English Premier League competition, the current season 2022-2023.

The Dutchman Van Dyck participated in the Liverpool match against Brentford, but was substituted in the 46th minute due to feeling some muscle pain.

Dutchman Virgil van Dyck’s injury and his absence from Liverpool against Wolverhampton is a defensive blow for the Reds before facing Wolverhampton.

Liverpool’s balance frozen at point 28 in sixth place in the English Premier League table this season, 16 points behind leaders Arsenal with 44 points.

Liverpool had officially revealed the inclusion of the Dutch winger, PSV, on December 28, but despite that, the player did not join the Leicester City and Brentford matches, due to the lack of special work permits related to the rules of play in the English Premier League.

Liverpool issued an official statement: “Cody Jakobo is officially a Liverpool player following the successful completion of his transfer from PSV Eindhoven on Tuesday.”

The statement added: “The 23-year-old is now officially registered with the Reds and is able to start working with his new club.”

The Reds ended their statement: “The Netherlands international may now enter contention for Saturday’s FA Cup clash with Wolverhampton Wanderers.”

Liverpool will face Wolverhampton, next Saturday, in the third round of the FA Cup.

Read more / The date of the Manchester City and Chelsea match in the English Premier League, and the channels that transmit it

Guardiola: Tottenham with Conte is a difficult opponent… This is the reason for Cancelo’s departure