And one year remains in Raheem Sterling’s contract with Manchester City, which prompts Chelsea to submit an offer to join the player, in light of the decline in his role within the ranks of the English Premier League champions. 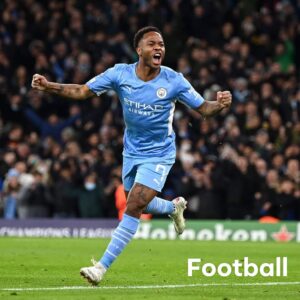 And Fabrizio Romano, the correspondent of the Italian network “Sky Sport”, said that Chelsea made an offer worth 25 million euros with additions, but it was rejected by Manchester City, as they want to get about 55-60 million euros from selling it, Chelsea will return with another offer soon.

Raheem Sterling has a contract with Manchester City that ends in June 2023, and the player wants to leave the Citizens; Because he sat on the bench for most of the matches last season, especially after the club signed the Norwegian star Erling Halland.

And “Sky Italia” network reported that Chelsea is intensifying its moves in order to settle the Raheem Sterling deal, taking advantage of the player’s desire to escape from the bench of the heavenly team under the leadership of coach Pep Guardiola.

Raheem Sterling participated in 47 games with Manchester City in all competitions during the 2021-2022 season, scoring 17 goals and 9 assists.