English press reports revealed that Chelsea FC wants to renew the contract of Senegalese goalkeeper Edward Mendy, and hand him a long-term contract. 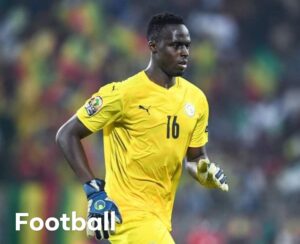 The 30-year-old is still linked with the London club until 2025, which puts Chelsea in a strong position regarding his future.

And according to the Daily Mail, club officials understand that the first-choice goalkeeper deserves a pay increase, with Mendy currently considered one of the lowest-paid players, while new signing Raheem Sterling was the club’s highest-paid player.

The report says that Chelsea has not yet come close to the demands of Mendy and his representatives, knowing that the Senegalese played 94 games with Chelsea in all competitions, the last of which was in the 1-0 win over Everton on Saturday evening.

The alleged developments come at a time when Chelsea are open to parting with Mendy teammate Kepa Arrizabalaga.

Napoli are interested in signing the Spain international, who is eager to play more first-team football in a bid to represent his homeland at the World Cup.

Read more / Ten Hag: I am not satisfied with Manchester United’s loss

The owners of the strongest attack in the major European leagues

Group standings in the UEFA Nations League after the end of…

Argentina seeks to equalize Brazil and Spain in a historical…

The owners of the strongest attack in the major European…