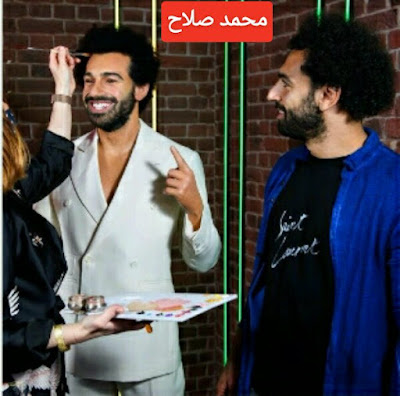 The Egyptian international Mohamed Salah, the Liverpool player, is looking forward to achieving a new historical African record in the five major leagues.

If he scored a goal in his team’s match against Manchester United in the confrontation that will take place at half past five in the evening next Sunday at the “Old Trafford” stadium.

In the ninth round of the English Premier League championship “Premier League” for the current season 2021/2022.

According to the global “Transfer Market” website, which specializes in football numbers and statistics:

Mohamed Salah was able to equalize the scoring series of the Togolese star Emmanuel Adebayor, the former Arsenal and Manchester City player, after the pharaoh managed to score goals in 9 consecutive matches.

In 2007, Adebayor scored in 9 consecutive matches with his club Arsenal.

However, the Egyptian pharaoh Mohamed Salah will be able to be alone with the most scoring players in consecutive matches in the English Premier League and European leagues in general if he scores a goal against Manchester United in the upcoming meeting.

Mohamed Salah set a new record after scoring two goals in the Reds’ lead over Atletico Madrid, 2-1 in the confrontation being held between them at the “Wanda Metropolitano” stadium in the Spanish capital, Madrid, in the third round of the Champions League group B group matches.

The global network “Opta”, which specializes in statistics and records, stated that Mohamed Salah became the first player in the history of Liverpool to succeed in scoring in 9 consecutive matches.

Mohamed Salah scored 31 goals with the Reds in the European Champions League in 48 matches, and the first goal scored by the Egyptian pharaoh with Liverpool in the tournament was against Hoffenheim, Germany, in the stage of determining the group qualifier during the 2017-2018 season.

Mohamed Salah is at the top of the list with 7 goals, the same as Jimmy Vardy, after he scored a goal in Leicester City’s victory over Manchester United “4-2”.

Mohamed Salah equaled Didier Drogba’s number of 104 goals, at the top of the list of African scorers in the history of the English Premier League.

Mohamed Salah played 166 matches in the English Premier League with Liverpool, scoring 104 goals, while Didier Drogba played 254 matches, during which he scored 104 goals.

The date of the match between Young Boys and Villarreal

Klopp hopes to reduce the period of joining Mohamed Salah in…

Madame Tussauds reveals the imminent announcement of the…

The date of the match between Young Boys and Villarreal

The date of the match between Manchester United and Atalanta