The absence of Liverpool star Naby Keita due to injury

Liverpool FC was deeply shocked by a knee injury for Guinean midfielder Naby Keita and his exclusion from the national team camp during the current international break, to prepare for the friendly matches between South Africa and Zambia. 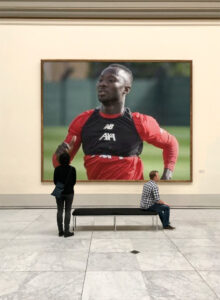 The 27-year-old was ready to join the Guinea national team in the upcoming international break, but was forced to withdraw from the team due to injury.

And the newspaper “Liverpool Echo” revealed that Keita, who appeared in the first hour of the Reds’ FA Cup meeting with Nottingham Forest, was sidelined, with coach Jurgen Klopp’s team waiting to judge how long he will be absent before the busy April schedule of matches.

Keita was replaced during the match, before Diogo Jota scored the Reds’ only goal in the 78th minute to ensure Liverpool qualified for the semi-finals, with Manchester City waiting to face it at Wembley Stadium.

This injury is the 15th setback for the midfielder since his arrival at Anfield in 2018 after he was forced out of 54 games so far during his stay on Merseyside.

However, the 2021-22 season has previously been largely injury-free for the Guinean, who has played 15 Premier League games as well as five Champions League games so far this season.

Keita will now miss international matches against South Africa and Zambia in the coming period.

Mexico defeats Saudi Arabia 2-1, and they bid farewell to the World Cup