PSG’s Wijnaldum talks about Liverpool: I didn’t feel loved and appreciated at Liverpool 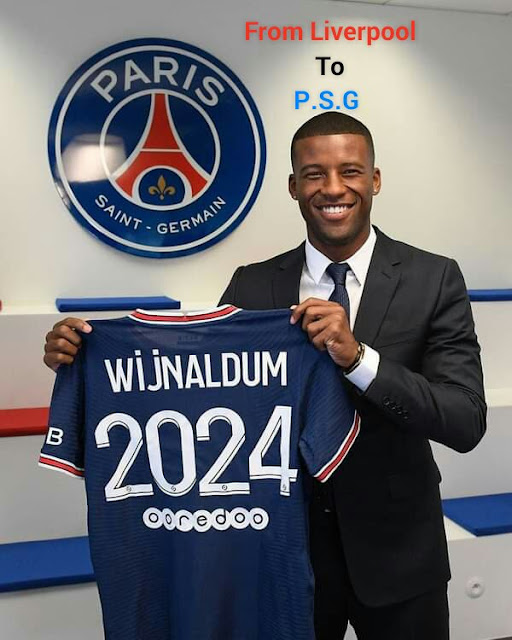 Former Liverpool star and Paris Saint-Germain player, Georginio Wijnaldum, spoke about the reasons for his departure from Liverpool this summer, and said that he “does not feel loved and appreciated by some in the club.”

The 30-year-old joined French club Paris Saint-Germain on a free transfer after his contract at Anfield expired after five years with Liverpool in the Premier League.

The star Wijnaldum was a midfielder for the club and was a key player in helping Liverpool win the Champions League in 2019 as well as the club’s Premier League title the following year but said he does not feel appreciated by some members of Liverpool FC.

The star Wijnaldum, currently playing for Paris Saint-Germain, spoke, saying, “There was a moment when I did not feel loved and appreciated, and this is not with my teammates or the people who are on the training ground.”

And Wijnaldum added, “I can say that they all love me and I love them, and it wasn’t that reason, but there are other reasons in other ways.”

“I must also say that there was social media insulting me and when things went wrong I was the player they were blaming so I wanted to leave,” added current Paris Saint-Germain star Wijnaldum.

He added, “Every day in training and in matches I do everything I can to finish the game well because in recent years Liverpool has meant a lot to me and because of the way the fans treated me on the field.”

And he concluded, “And other fans were on social media if we lost I was the one to blame and there was a moment when I was frustrated and if they only knew what I was doing to keep fit and play every game.”

Wijnaldum, a former Liverpool player and a Paris Saint-Germain player, won the award in his last match against Liverpool, after winning 2-0 at Crystal Palace to finish fourth last season.

He was praised by German coach Jurgen Klopp and all his teammates and was welcomed by Liverpool fans but said he was not appreciated by some fans online.

It is reported that Dutch star Wijnaldum, currently a player from Paris Saint-Germain and a former Liverpool player, played with the Feyenoord youth team in the Dutch Premier League, and Wijnaldum became the youngest player to come to the team and besides this represents the club.

When Wijnaldum made his first appearance in 2007, he continued until he played 134 matches over five years and won the Dutch Cup in 2008.

After his departure from Feyenoord, Dutch star Wijnaldum spent four seasons with PSV Eindhoven, winning the Dutch Cup in his first season and the Dutch League in his last .

Klopp bets on Mohamed Salah in table tennis: the best most of the time and Tokyo 2020 news

Juventus fails to sign Locatelli and UEFA selects 13,000 fans to attend the European Super between Chelsea and Villarreal

City fans are most optimistic about the new season in the…

Juventus win the Berlusconi Cup with a tough victory over…

Guardiola’s statements after their victory over…