The Spanish team, Barcelona, ​​​​has risen dramatically under the leadership of its coach, Xavi Hernandez, the current coach, as Barca achieved a number of positive results that led it to third place in the Spanish league table, and to qualify for the quarter-finals of the European League so far. 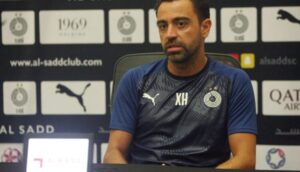 Barcelona played 25 matches under the leadership of coach Xavi Hernandez at the level of the Spanish League and the European League.

Xavi’s numbers with Barcelona were as follows..

Barcelona is in third place in the La Liga standings this season, with 54 points, behind only goal difference from third-placed Atletico Madrid.

Barcelona is preparing to face Eintracht Frankfurt in the quarter-finals of the European League.